the Japanese Imperial Navy attacked Pearl Harbor. Later that night, in Los Angeles, local businessman Gihachi Yamashita was awakened by FBI agents who arrested him and took him to the local jail. This began Gihachi’s long process of incarceration. By the spring of 1942, his wife, Tsugio, and daughters, Lillian and Angela, were also incarcerated; the women were forcibly removed from their home in Los Angeles and taken to Santa Anita Assembly Center, then to Rohwer Concentration Camp in rural Arkansas.

EXPLORE THIS WEBSITE TO FIND OUT MORE. You will find letters from Gihachi to his family, images of things the family made, official petitions the young girls sent to the government begging for their father’s release. This is the dramatic story of one family’s experience during World War II. What would you do if this happened to your family?

Some quotes sound like they’re written by different people even though most are by Gihachi. Gihachi wrote in both Japanese and English. The quotes that are not quite grammatically correct are his actual words in English—he was writing in his second language and was doing the best he could. The quotes that are written in better English are actually English translations of what Gihachi wrote in Japanese. 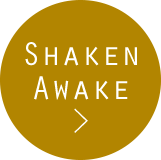